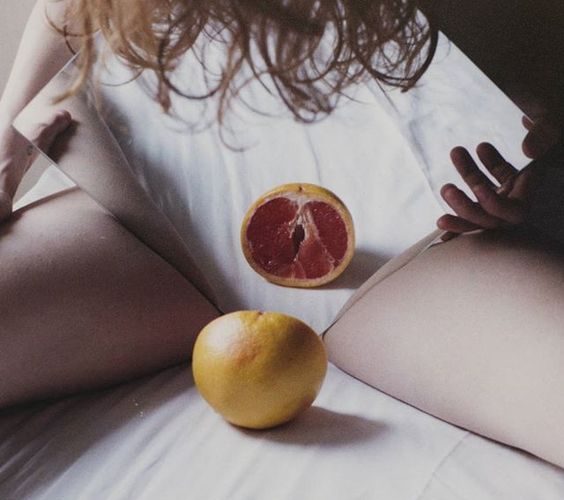 “An orgasm a day keeps the doctor away”—Mae West

Did you know that the clitoris is the ONLY organ designed exclusively for sexual pleasure? That 70% of women cannot orgasm via vaginal penetration alone?  Or, that a few women have a condition that causes them to spontaneously orgasm without stimulation? Read on to learn some astonishing facts about the “Amazing World of Female Orgasms”.

1.      Orgasm Definitions: The Oxford English Dictionary describes an orgasm as “the climax of sexual excitement, characterized by intensely pleasurable feelings centered in the genitals and (in men) experienced as an accompaniment to ejaculation.”  The Merriam-Webster Dictionary states that it’s ” intense or paroxysmal excitement; especially : an explosive discharge of neuromuscular tensions at the height of sexual arousal that is usually accompanied by the ejaculation of semen in the male and by vaginal contractions in the female.” Sex researcher Dr. Alfred Kinsey likened orgasm “to the crescendo, climax, and sudden stillness achieved by an orchestra of human emotions … an explosion of tensions, and to sneezing”.

2.      Anorgasmia is a type of sexual dysfunction in which a person cannot achieve orgasm, even with adequate stimulation. The condition is sometimes classified as a psychiatric disorder, but also may be caused by medical conditions as well.  An estimated 10-15% of women can’t orgasm at all. Marilyn Monroe, despite being a huge sexual icon, was anorgasmic. The most extreme “cure” for Anorgasmia is the orgasmatron which is an implant inserted into the spinal cord, that is controlled by a remote control and stimulates the user when switched on.

3.      The opposite of Anorgasmia is a disorder called Permanent Sexual Arousal Syndrome which increases blood flow to the sex organs and causes women (and some men) to have “spontaneous, persistent, and uncontrollable genital arousal”, including orgasms even when they are not sexually aroused. At least one woman with this disorder, Sarah Carmen from Britain, has reported having up to 200 spontaneous orgasms a day, without the use of genital stimulation.

4.      According to a 1999 survey, approximately 43% of women in the US have some sort of problem with their sex lives, or Female sexual dysfunction (FSD).  It is so common a problem that the very idea that it is a disorder has come under attack.  A new film: “Orgasm Inc.,” criticizes Big Pharmaceutical companies who are trying to get “female sexual dysfunction” turned into a medical condition so they can develop a drug for it and make lots of money.

5.      Rule of Thumb- Princess Marie Bonaparte, a French psychoanalyst, and great-grand niece of Napoleon Bonaparte, suffered from “frigidity” or the inability to have vaginal orgasms during missionary position.  Frustrated, she conducted research on 243 women and discovered what is referred to as the “Rule of Thumb”, that is, the optimal C-V (clitoral-vagina) distance, which is approximately an inch (from the tip of your thumb to your first knuckle).  She concluded that the distance between these clit and vagina was vital for the ability to reach orgasm (via intercourse).  Bonaparte sadly underwent two surgeries to try and “fix” her sexual anatomy, by having her clitoris cut and “moved” closer to her vagina, both of which had “disappointing results”. If only she knew that her frigidity was caused by Freud’s theory that clitoral orgasms were inferior to vaginal orgasms.  Researchers know today that 70% of women cannot orgasm via vaginal stimulation alone.

8.      The Brain on Sex.  The ability to orgasm is controlled by a complex set of brain functions and has little to do with what happens in your genitals.  One area of the brain releases dopamine, the feel good neurochemical that activates your reward center, and makes you fall in love.  The pituitary gland releases beta-endorphins which decrease pain, the hormone and neurotransmitter oxytocin (aka the “cuddle” or “love hormone”) which increases feelings of trust, and the hormone vasopressin, which enhances pair bonding.

9.      Some women can achieve orgasm by just thinking about it.  True!  It is called a mind-gasm, and sex educator Kim Airs can think herself to orgasm.  She participated in an orgasm study at Rutgers by Dr. Barry Komisaruk, where she was strapped into a MRI and the team monitored her pulse, heart rate, and brain waves to determine how she performed this amazing feat.  What they learned was “sexual function travels from the genitals to the brain via the pudendal nerve which does NOT reside in the spinal column but parallel to it”.

10.   From this and other research, Dr. Barry Komisaruk and Dr. Beverly Whipple also discovered that people with spinal cord injuries can reach orgasm. In 2004, they conducted a study on women with severed spinal cords and found that these women could feel stimulation of their cervixes and even reach orgasm, because the vagus nerve was getting the signal to the brain and bypasses the spinal cord.